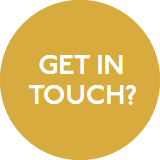 Amblebrook is a new home development in Gettysburg, PA with a legacy rooted in the strong tradition of Crown Community Development. Founded on a premise of excellence that began with Henry Crown — one of Chicago’s most notable civic leaders of the 20th century — the company’s renowned heritage continues to drive new real estate development in Gettysburg and other markets across the country.

Established in Chicago in 1919, The Henry Crown Companies started as a family-owned building material business. Through hard work and perseverance, the company has grown into one of the largest privately held businesses and land developers in the United States. We’re proud to have a parent company with such diverse and inspiring endeavors, including American favorites such as New York City’s iconic Rockefeller Center and the Ojai Resort in Ojai, California.

Crown Community Development was founded in 1988 to invest in, and later to manage, a 3,500-acre expanse of property in Aurora on the western edge of suburban Chicago. As the country’s suburbs around great cities expanded, Crown Community Development invested in and developed communities that were models for excellence in land stewardship and neighborhood development. In addition to the original markets of Chicago and Tampa, today Crown is positioned in highly desirable locations that include Seattle, Denver, Nashville, Indianapolis, Austin, San Antonio and Gettysburg.

In 1947, the Crown Family allocated a portion of their business profits to create a foundation that would give back to the country and communities that have provided them with opportunities for prosperity. In a spirit of tikkun olam — which means repairing the world — we’ve worked in tandem with our communities to catalyze and advance a just and lasting social impact in critical need areas that include education, the environment, health and human services, global health and the Jewish community. GIVE US A CALL GET DRIVING DIRECTIONS ASK A QUESTION